The Johnson family is returning to ABC.

The seventh season of “Black-ish” hits airwaves on Oct. 21, and in celebration of the new season, the show has shared a family portrait created by artist Kadir Nelson.

The 70×70-inch oil-on-linen piece features the show’s main characters sipping tea, playing into a popular meme using the same visual to convey a “told-you-so” message that highlights hypocrisy or foolishness.

Tracee Ellis Ross, Laurence Fishburne, Anthony Anderson and more are featured in the images as their characters.

The tea is a nod to the tumultuous racial tension currently rocking the nation. 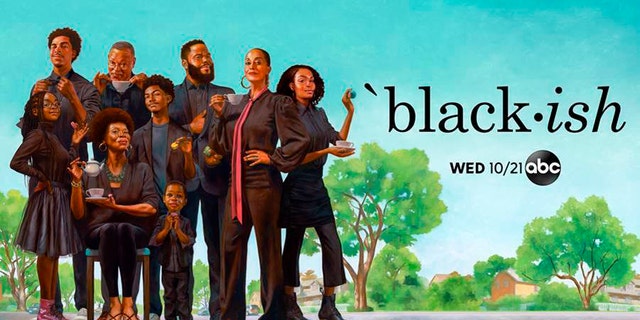 Artwork by Kadir Nelson highlighting the cast of ‘black-ish’ ahead of the show’s seventh season. (Kadir Nelson/AB via AP)

“I was thinking about how the fictional Johnson family would respond,” the artist told The Associated Press. “You’re kind of sitting back and observing with this knowing look: ‘I know what’s going on. I may say something sassy, but I’m just going to be over here minding my business, sipping my tea.’ And that’s what the Johnson family is doing.”

Nelson has pieces in museums such as the Smithsonian and the National Museum of African American History and Culture. His tribute to George Floyd on the cover of New Yorker magazine became well-known this summer.

The artist said that he uses art to help navigate this unique period of time, which he compared to a “rollercoaster.”

“It’s a way of documenting our times, expressing our fears, our angst, our dreams, our thoughts and emotions. And it gives us a way to look forward,” he explained. “There are very important or visceral images that grab our attention and provoke thought and may inspire us to take action or do something that brings forth the best part of ourselves, hopefully.”

Nelson’s piece will be used on print, digital and other promotional materials for the show’s upcoming season. The original piece will likely end up with a collector, the artist said. 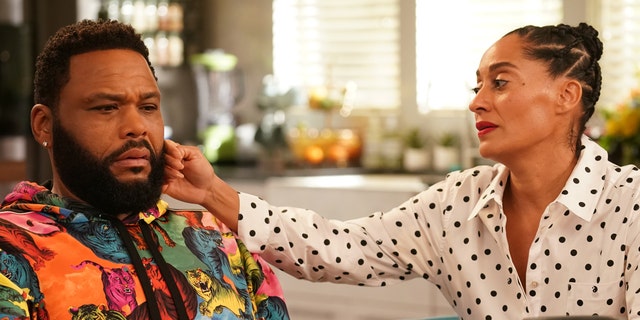 He had worked with the “Black-ish” team before, creating art for the “Please, Baby, Please” episode, which was held from airing, but later released on Hulu earlier this year. The episode was noted for being sharply political, especially toward President Trump.

Nelson was “the first artist on the list” for ABC when commissioning the piece, and he was given “pretty much free reign.”

The show has produced two spin-offs — “Grown-ish” and “Mixed-ish” — with a third called “Old-ish” in the works.