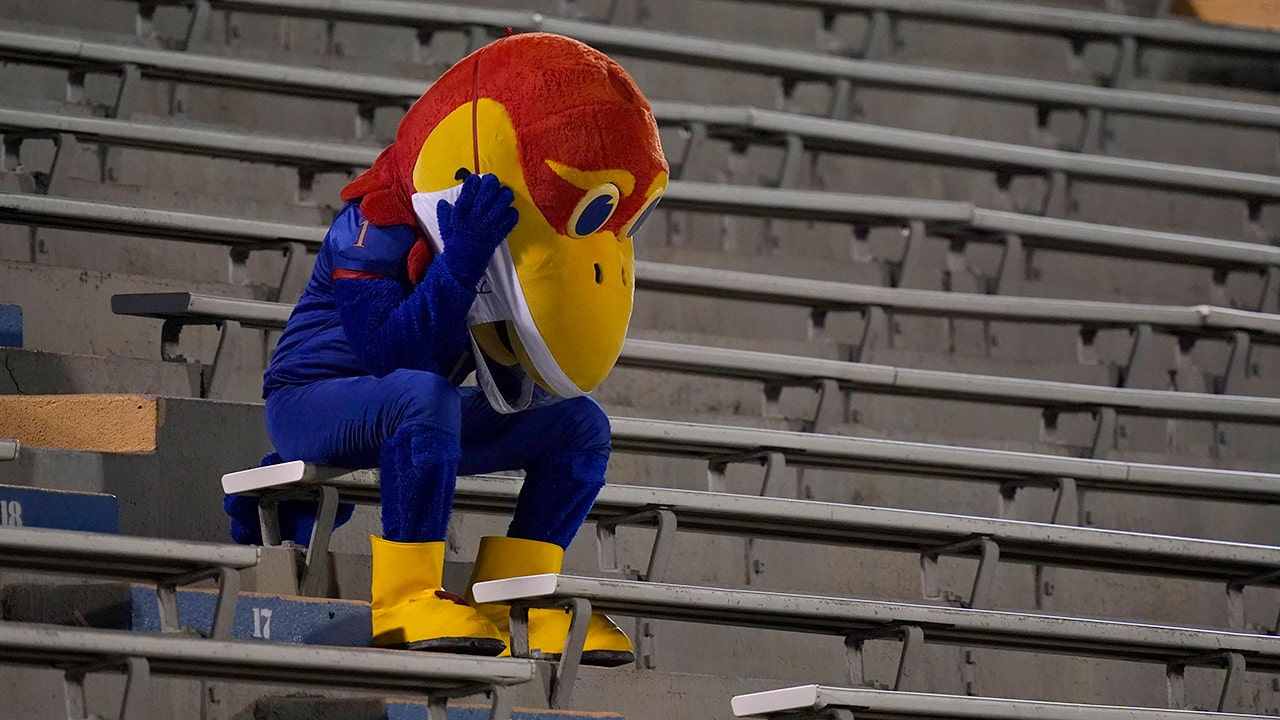 Maybe the Big 12 Conference should have followed the lead of the Big Ten and Pac-12 and opted out of playing college football this fall.

Or at least opted out of scheduling the Sun Belt.

The lower-tier conference went 3-0 against the Power Five league over the weekend, a stunning performance highlighted by Louisiana-Lafayette’s romp over then-No. 23 Iowa State. Arkansas State also won at Kansas State and Coastal Carolina went to Kansas and outclassed the Jayhawks in what may have been the best day in the history of the league.

“You saw today what the Sun Belt is. We didn’t want to let the Sun Belt down,” Chanticleers coach Jamey Caldwell said after their 38-23 win over the Jayhawks, a game that ended just after midnight and capped the upset-filled Saturday.

“Just proud of the effort,” Caldwell said, “and hopefully the people back on the East Coast and in Conway were up to see it.”

If not, they certainly took note of it Sunday.

That’s when the latest AP Top 25 was released with schools from the Big Ten and Pac-12 and elsewhere that are not playing this fall ineligible for the ranking. That opened the door for voters to select 10 newcomers for the poll. Louisiana-Lafayette landed at No. 19 with Sun Belt member Appalachian State tied with Kentucky at No. 23 following its win over Charlotte.

Arkansas State received the sixth-most votes of schools that are just outside the Top 25.

“It’s a great win but I hope not,” Red Wolves coach Blake Anderson said, when asked whether the last-minute win over the Wildcats was a program-defining one. “I hope there’s a way bigger and better win ahead of us. Not by any means satisfied. Excited and very proud, but by no means is this the best we can do. We still got a lot better football to be played.”

Arkansas State was a bit fortunate in that it already had a game under its belt, losing to Memphis the previous week. But just like it was the first time on the field for the Big 12 following an offseason thrown into chaos by the pandemic, it was the first time Louisiana-Lafayette and Coastal Carolina lined up for a kickoff.

Both looked better prepared than their big-boy brethren.

The Ragin’ Cajuns, who were last ranked in 1943, trailed the Cyclones just 14-10 at halftime. Coach Billy Napier’s team took the lead on a 78-yard touchdown pass late in the third quarter, added a punt return touchdown early in the fourth and managed to shut out Iowa State and quarterback Brock Purdy over the final 30 minutes for one of the biggest wins in school history.

“We’ve got a lot of belief in our process. We’ve got a lot of belief that the University of Louisiana should always have a very competitive team,” Napier said. “We’re fortunate that we’ve got the necessary things from our administration. They decided they wanted to have an exceptional Group of 5 football program and gave us the money to go hire the people. They gave us the resources and some of the things inside the building to help us really run basically a Power Five operation.”

In short, Napier said, “this is what we expected to happen.”

Kansas coach Les Miles sure didn’t expect Coastal Carolina to whip his team for the second straight year. But after a change in schedules caused by the pandemic — the Chanticleers were supposed to host the Jayhawks — Chadwell’s team headed to an empty Memorial Stadium and won a road game over Kansas for the second consecutive season.

While it was a banner weekend for the Sun Belt, it was ugly all-around for the Big 12.

Oklahoma, Texas and West Virginia took care of business, though the Sooners did it with a depleted roster caused by so many positive COVID-19 tests that their game against Missouri State was nearly postponed. Baylor did have its opener against Louisiana Tech postponed because of positive tests within the Bulldogs’ program, and will instead play a hastily scheduled game against Houston — which also had its opener against Memphis postponed — this weekend.

Speaking of Houston — or at least Houston Baptist — it took Texas Tech turning back a 2-point try in the final minutes for the Big 12 team to hold off the Huskies for a 35-33 victory over the Football Championship Subdivision school.

Rough weekend for the Big 12 indeed.