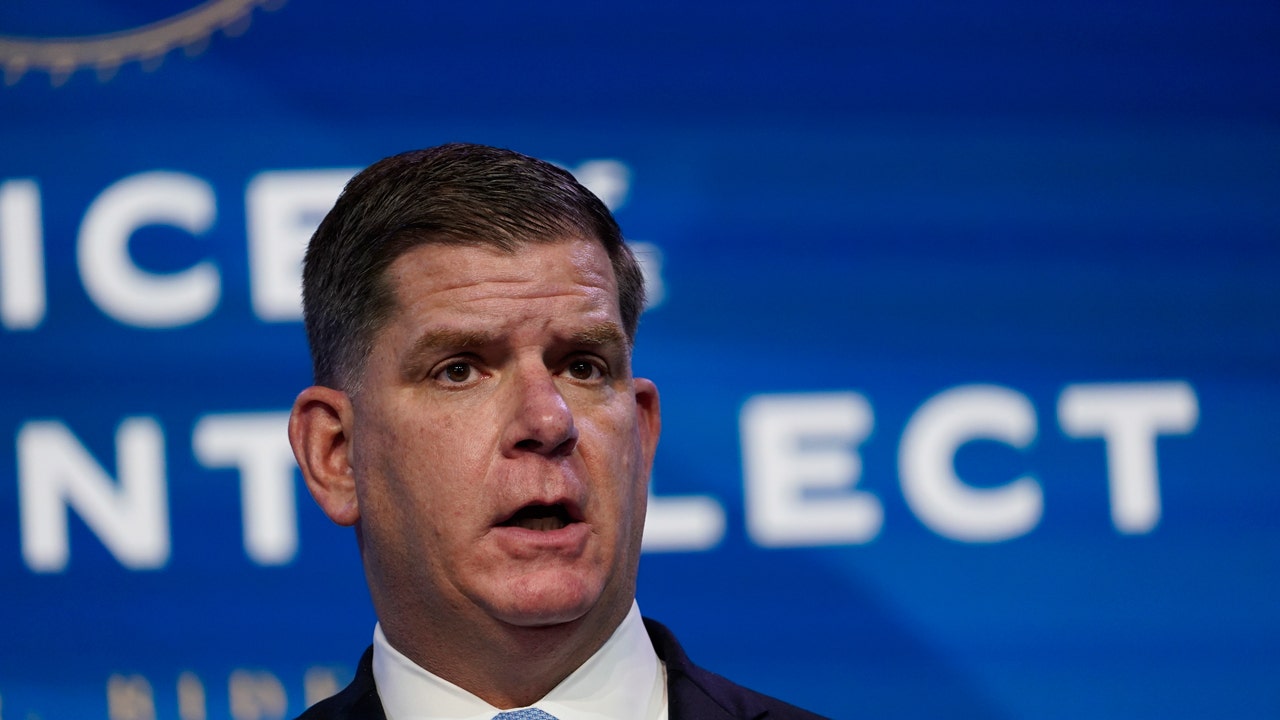 Boston Mayor Martin Walsh, who was nominated last week to serve in President-elect Joe Biden’s Cabinet as labor secretary, was once linked to a federal probe alleging his associates had used illegal tactics to “strong-arm” local developers.

Walsh faced scrutiny in 2016 after the Boston Globe reported that his name had surfaced during a federal investigation into allegations that unions had improperly pressured developers and businesses to hire union workers for their projects. While Walsh was not the probe’s subject and was never charged with a crime, questions arose about tactics he purportedly employed in 2012 while head of the Boston Building Trades, a group which oversaw several local unions, prior to his tenure as mayor.

In an October 2012 conversation recorded through federal wiretaps, Walsh informed a local union leader that he had told housing developer AvalonBay Communities that it would face permitting delays if it did not hire union workers for a planned project. In a separate incident in December 2012, a developer told the Boston Globe that Walsh had pressured him to rescind building contracts awarded to non-union contractors.

At the time of the Globe’s report, Walsh denied that he engaged in any wrongdoing and said no government official had contacted him regarding the probe.

“When I was head of the Building Trades, my role was to advocate for more jobs for working men and women in the Greater Boston region,” Walsh told the newspaper. “Since becoming mayor of Boston, I have changed the development process to be more open and inclusive. Bottom line, no one gets any special treatment under my administration — developers, contractors, or unions.”

In 2019, two of Walsh’s top aides at Boston City Hall — tourism head Ken Brissette and intergovernmental affairs head Tim Sullivan — were found guilty on federal charges that they pressured the organizers of the Boston Calling music festival to hire union workers. Walsh’s union ties were scrutinized during the trial, but he was never accused of wrongdoing.

A federal judge later overturned the convictions, ruling that prosecutors failed to prove that the former Walsh aides personally benefitted from the alleged action.

“Neither Brissette nor Sullivan received a personal payoff or any other cognizable benefit in connection with the charged conduct,” the judge said at the time.

Biden announced last week that he had chosen Walsh as his nominee for the role of labor secretary. Walsh’s appointment requires Senate confirmation.

The mayor’s office and the Biden-Harris transition team did not immediately respond to a request for comment on the past allegations.

Walsh has served as mayor of Boston since 2014. His departure for a Cabinet position would trigger a special election to fill his vacated post.

A longtime labor leader, Walsh joined the Laborers’ Union Local 223 in Boston when he was 21 years old.

“Working people, labor unions, and those fighting every day for their shot at the middle class are the backbone of our economy and of this country,’’ Walsh wrote on Twitter. “As Secretary of Labor, I’ll work just as hard for you as you do for your families and livelihoods. You have my word.’’

Gary Heidnik’s attorney talks ‘insane’ house of horrors killer in doc: ‘There was a method to his madness'

Lake Wind Advisory issued January 16 at 5:49AM EST until January...