“We’re going to run into some real brick walls initially in the Senate, unless we’re able to turn around Georgia and pick up those two seats, but even then it’s going to be hard,” Biden said, referring to the two Senate runoffs underway in Georgia, which won’t be settled until January. “But I believe I know the place. I believe we can ultimately bring it together.”
Biden’s comments recognize the political realities he’ll face when he takes office in January with a possibly divided Congress. Republican lawmakers could present roadblocks to Biden’s top priorities, including his Cabinet nominees and legislative agenda.
The majority of Senate Republicans have yet to publicly acknowledge Biden’s victory, including Majority Leader Mitch McConnell. Biden has blamed their hesitance to recognize his win on intimidation from President Donald Trump and has expressed his belief that GOP lawmakers will cooperate down the road, including on a Covid-19 relief package.
“I’m hoping that the reason why my friends on the other side have not stepped up to do something is because of their fear of retribution from the President,” Biden said Wednesday during a virtual roundtable with front-line health care workers. “And hopefully when he’s gone, they’ll be more willing to do what they know should be done — has to be done in order to save the communities they live in.”
Though he is in regular contact with Democratic leaders on Capitol Hill, Biden has yet to speak with McConnell since becoming President-elect, despite their decades-long working relationship, which has included brokering many critical legislative deals. Asked why he hasn’t talked with McConnell about the pandemic, Biden told reporters Wednesday, “There’s a lot going on. I’ll have more to say when it’s settled.” 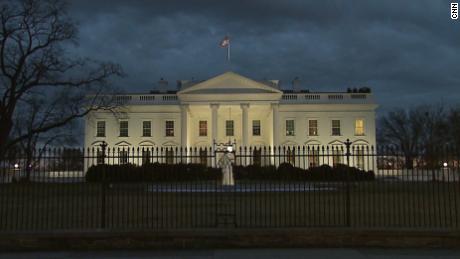 Biden’s remarks about political “brick walls” came during a private video call billed as a “thank you call” with the campaign’s coalitions team. A participant on the call provided CNN with the video.
Following on the themes of his campaign, Biden talked about the need to unite the country and expressed confidence that “we can deal with the threat to democracy that we’ve seen and continue to see right now.”
“I mean it when I say we got to reach out, reach out to those people who didn’t vote for us, try to determine what their fears or concerns are,” Biden said. “I think at least half those folks who voted against us are just looking for answers. They’re looking for answers. They’re not bad folks.”
Biden criticized the President for his handling of the coronavirus pandemic and vowed to curb the spread of the virus.
“I hope that all of your families are staying safe. I know some of you are in really high-risk areas because this President continues to play golf and pay no attention to the concerns of Covid,” he said. “Things are skyrocketing. In many cases they look like they’re out of control, but we can get this under control.”
The President-elect also thanked his supporters for their work on his campaign, acknowledging “the leap of faith you took.”
“Together we’ve celebrated the incredible highs and we’ve stuck together through the very low times, but we never gave up. We never forgot who we’re working for: the American people,” he said.

Gov. Cuomo brutally mocked by columnist for accepting Emmy award: 'He was fantastic on television'

Dr. Richard Besser: Despite coronavirus, science is NOT telling us to close schools