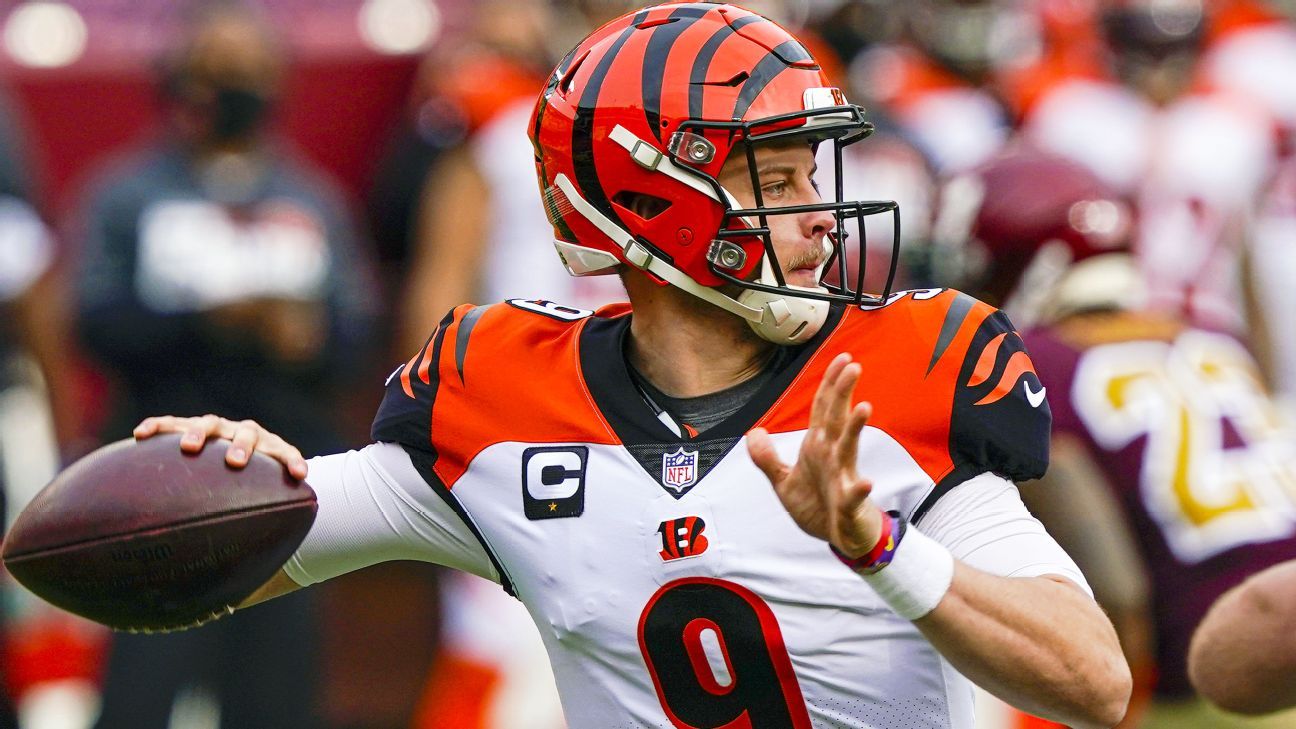 Cincinnati Bengals rookie quarterback Joe Burrow was carted off the field with a left knee injury in Sunday’s game at Washington.

Burrow was the top overall pick in the 2020 draft.

As he was carted off the field, the Bengals’ sideline went over to the rookie quarterback. Burrow’s former Ohio State teammates Dwayne Haskins, Chase Young and Terry McLaurin also went over to visit with their former college teammate.