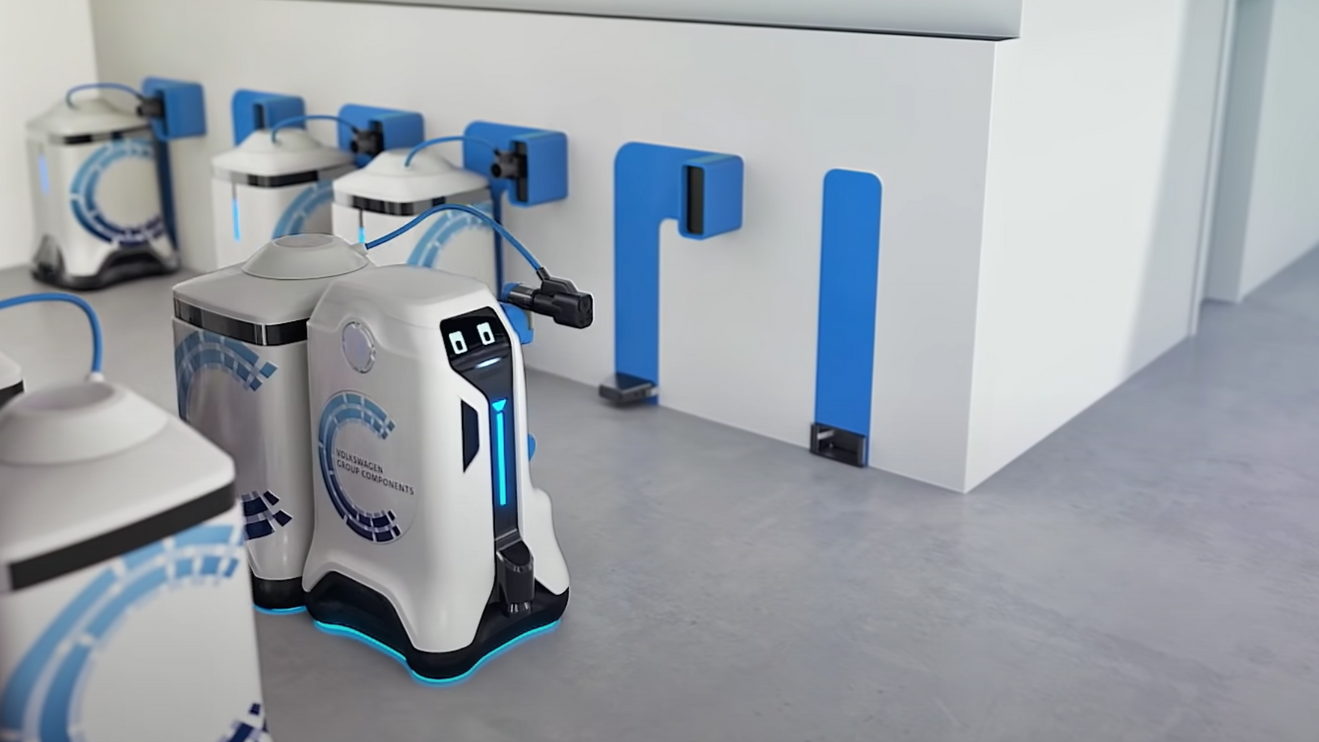 It looks like something out of “WALL-E” but it could be the future of electric vehicle charging: A division of Volkswagen VWAGY, -0.88% has unveiled a mobile charging robot.

The idea is as intriguing as it is innovative. Instead of having to find a stationary charging port for your electric car, this robot comes to where the car is parked and then charges the vehicle with a mobile battery pack.

Volkswagen Group Components, which created the robot, says it “is one of the visionary charging concepts that Volkswagen hopes will expand the charging infrastructure over the next few years.”

VW says the charging robot would work via an app or by communication from the car itself, a technology called Car-to-X, and would operate autonomously.

Read: The 10 electric cars with the longest range

“A ubiquitous charging infrastructure is, and remains, a key factor in the success of electric mobility. Our charging robot is just one of several approaches, but is undoubtedly one of the most visionary,” said Thomas Schmall, CEO of Volkswagen Group Components.

Also see: 20 electric vehicle stocks besides Tesla and Nio that analysts expect to rise the most over the next year

This may all sound like the future, but the Volkswagen unit says the charging robot has successfully reached prototype status. Further development is under way, as is the broader Car-to-X technology. If successful in the future, you may never have to hunt for a charging station again.

This story originally ran on Autotrader.com.