Australian air carrier Qantas announced that a seven-hour scenic “flight to nowhere,” which will take off and land at the same airport amid interstate travel restrictions during the coronavirus pandemic, sold out in 10 minutes, according to a report.

The unusual flight is scheduled to depart from Sydney on Oct. 10 and return on the same day, making absolutely no stops while promising passengers low-level scenic views over Uluru and the Great Barrier Reef, among other spots.

Buyers quickly snatched up the 134 available seats, priced between $575 and $2,765 depending on the seating class, a Qantas spokeswoman told Reuters. Passengers are set to travel on a wide-body Boeing 787, normally used for long-distance international travel.

SPIRIT PASSENGER ESCORTED OFF PLANE AFTER RACIAL, ANTI-MASK RANT: ‘I AM A QUEEN FROM CALIFORNIA’ 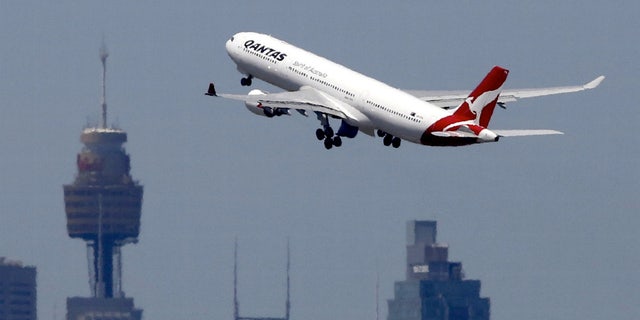 A Qantas Airways Airbus A330-300 jet takes off from Sydney International Airport over the city skyline, Dec. 18, 2015. (REUTERS/Jason Reed/File photo)

“It’s probably the fastest selling flight in Qantas history,” the spokeswoman added. “People clearly miss travel and the experience of flying. If the demand is there, we’ll definitely look at doing more of these scenic flights while we all wait for borders to open.”

Last month, Qantas CEO Alan Joyce said the airline shed 20% of its overall jobs during the summer and the coronavirus pandemic has “made for the worst trading conditions in our 100-year history.”

He added, “To put it simply, we’re an airline that can’t really fly to many places – at least for now.”

Other airlines have offered similar sightseeing flights in Asia, as the region has seen a 97.5% decrease in international travel amid tougher border restrictions to limit the spread of the virus, according to the Association of Asia Pacific Airlines.

Airlines in Taiwan and Japan recently conducted similar flights to provide customers with the pleasures of air travel and help with steep declines in revenue.

MOTHER ASKED TO DEPLANE SOUTHWEST FLIGHT WITH HER 2-YEAR-OLD BECAUSE HE WASN’T WEARING A MASK, SHE SAYS

Chen Shu Tze, 44, an engineer from Taipei, signed up for an upcoming Tigerair Taiwan flight expected to depart the city and circle over South Korea’s Jeju Island, the news organization reported.

Tze said she signed up due to her recent lack of air travel and because the flight — which cost $236 — included a one-year voucher for round-trip tickets from Taiwan to Korea.

“The pandemic has a devasting impact on the tourism and airline industry, so I want to help boost the economy, and I miss flying,” she told Reuters.

Bindi Irwin, husband Chandler Powell reveal the gender of their first child on the way