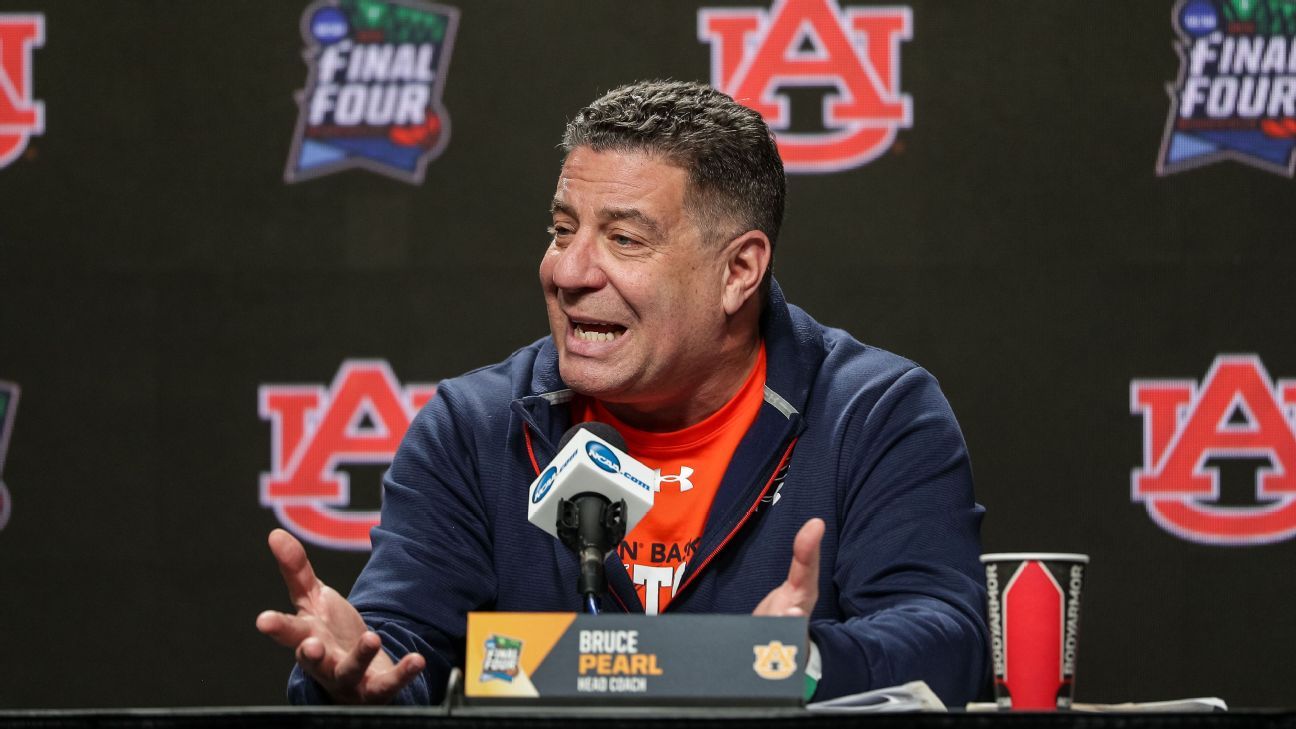 Auburn men’s basketball has self-imposed a postseason ban this season as part of the investigation into bribery charges brought against former assistant coach Chuck Person, the school announced on Sunday.

The athletic department, university administration and coach Bruce Pearl reached the decision, according to the statement, “in light of the ongoing matter that surfaced in fall 2017 regarding former assistant coach Chuck Person.”

Person was arrested in part of a far-reaching federal investigation into college basketball three years ago.

Person, a former Auburn star who joined coach Bruce Pearl’s staff as an assistant coach in 2014, pleaded guilty to accepting bribes to steer players to a financial advisor. He was also accused of helping facilitate money to players’ families. The government alleged he provided $11,000 to one player’s family and $7,500 to another’s.

Person was sentenced to community service and two years probation in 2019.

Auburn has not indicated whether it has received a notice of allegations from the NCAA. But in a victim impact statement included in Person’s sentencing documents, Auburn said it expected to be charged with rules violations by the NCAA.

AL.com reported in August 2019 that the Tigers had self-imposed recruiting restrictions from September 2017 to April 2018. The school didn’t publicly disclose the self-imposed punishment.

According to the statement on Sunday, Auburn said it continues to cooperate with the NCAA.

“This was a difficult decision but the right decision,” Pearl said in a statement. “I hate it for our current players. They lost the opportunity for the postseason last year because of COVID, and now they will miss the postseason again. It’s a two-year postseason penalty for them. However, we need to take this penalty now to put it behind us.”

ESPN’s preseason predicted order of finish had Auburn tied for eighth in the SEC.

Bedlam's best: The biggest moments in the Oklahoma-Oklahoma State rivalry