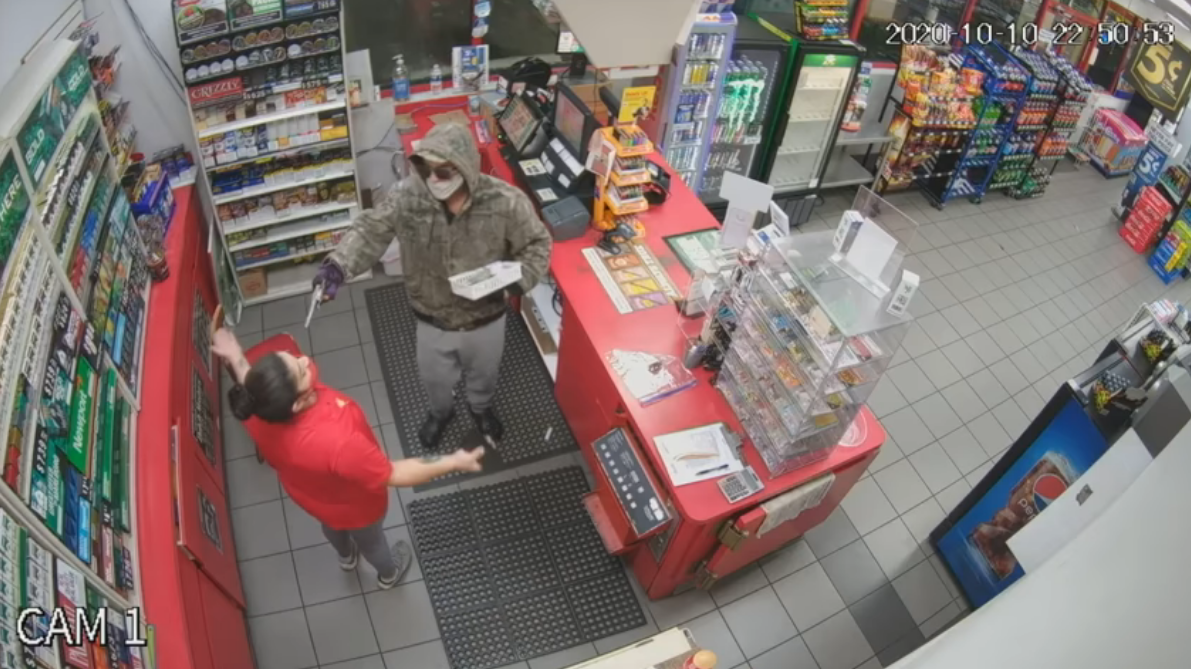 Police in Florida released a dramatic video on Tuesday that they said shows an armed-robber confront a convenience store worker, fire off a shot and tell the woman, “The next one’s for you.”

Deputies posted a video on social media. They said the incident occurred just before 11 p.m., on Saturday at a Shell gas station in Valrico, Fla., located 15 miles east of Tampa.

“DO YOU RECOGNIZE THIS MAN? #teamHCSO is searching for the suspect seen in this video threatening a convenience store worker at gunpoint, firing a round inside the business, and running away with stolen cash,” according to the Hillsborough County Sheriff’s Office on Facebook.

In the video, the unidentified robber was seen yelling at the clerk to open the register. The woman responded that she couldn’t and didn’t have the keys to the safe.

Seconds later, the man, who was wearing a face mask, pointed the weapon directly in the face of the convenience store worker and declared her to be lying.

“Open it now!” the suspect responded.

The robber accused the clerk of stalling before he fired a single round through a display shelf. The clerk, “in fear for her life” opened the register, authorities said.

The sheriff’s office said the suspect removed an undisclosed amount of money and ran out of the store toward an unknown vehicle.

As he was leaving, the man was heard in the video telling the clerk, “you have a good day”

“You won’t go too far,” she responded, calmly.