There are various ways researchers can explore the evolution of ancient humans and our relatives. Mapping their movements through genetic migrations , discovering more about what they ate and their environment through analyzing the gunk on their teeth , and exploring how creative they were through the tools they manufactured and sometimes even early art . All of these areas are still developing and changing, but one topic which is still in it’s infancy is exploring how ancient hominins grew up and what that can tell us about the evolution of human growth and development.

Where are All the Ancient Hominin Children?

Science Daily explains that part of the reason for the lack of information in the area of the evolution of human development and growth is because the majority of the hominin fossils that have been found come from adults, while “remains of developmentally young hominins are rare. This has left a gap in our understanding of how our ancient relatives grew from young into adults, and how modern human growth patterns evolved.”

In fact, the researchers explain in their journal article, which was recently published in the open-access journal PLOS ONE , that “Apart from recent modern humans and Neanderthals only three hominin species are represented by immature partial skeletons at this time: Australopithecus afarensis , Australopithecus sediba, and Homo erectus .” Furthermore, it’s not very often that archaeologists find teeth, a cranium (or fragments of one), and limb bones of an immature individual from one of these more ancient hominin species in one spot.

But Debra Bolter of Modesto Junior College in California and the University of the Witwatersrand, Johannesburg, and her colleagues believe they have some insight on how human development and growth has evolved thanks to a very special discovery that was made in the Dinaledi Chamber of the Rising Star Cave System in South Africa – the partial skeleton of a juvenile Homo naledi.

Most of the Homo naledi remains have been found at the Rising Star Cave System in South Africa and some researchers believe they deliberately buried them there , suggesting a sign of high cultural thinking. They date to the late Middle Pleistocene, between 335,000 and 226,000 years ago. The skeletons range from infants to adults and some of the remains are from the same time period as the earliest Homo sapiens. 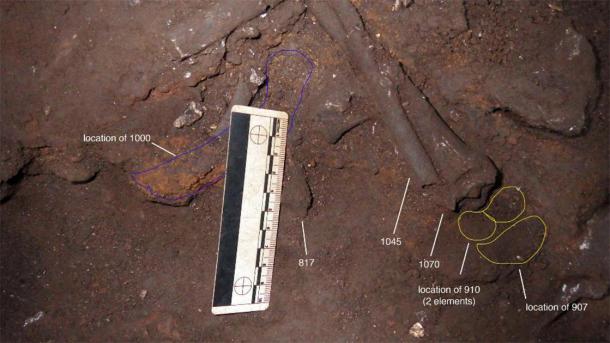 Their brains were three times smaller than our brains and a 2017 report says that they were “long-legged, pinheaded and gangly, standing at about five feet (152 centimeters) tall, with the females slightly shorter. They “had human-like hands and feet, but ribcages that resembled earlier species, making them a blend of modern human and ancient hominin.”

By examining the remains found in the Rising Star Cave system during the 2013-2014 excavation season, the researchers were able to identify a collection of arm and leg bones and a partial jaw that all came from the same young individual. Their study of these remains may help us learn more about the evolution of human development and growth.

Bolter told Science Daily that “The rare juvenile Homo naledi partial skeleton will shed light on whether this extinct species is more human-like in its development, or more primitive. The findings help reconstruct the selective pressures that shaped extended maturity in our own species.”

However, they also note that there is a possibility Homo naledi may have a slower growth rate, like Neanderthals and modern humans, which could push that age to perhaps as old as 15 at the time of death. As they write in the paper “The species did exist contemporaneously with both early modern humans and Neanderthals in the Late Middle Pleistocene, and some evidence suggests that H. naledi may be a phylogenetic sister to these large-brained forms.” 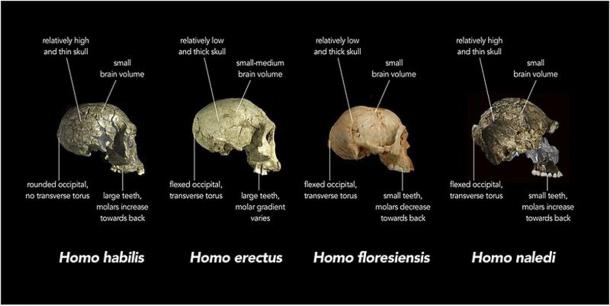 With the unique combination of more primitive and later hominin features found in Homo naledi , the researchers are hoping for more information to arise before they can decide to which age bracket and growth patterns the development of this genus would be closer.

They also note that while the evolution of human growth and development is still a blurry image, the only way to make that picture clearer is to continue analyzing these remains and similar examples of juvenile skeletons in other hominin species, which will help us to “explore the factors that shaped the evolution of extended maturity and life history in our own species.”