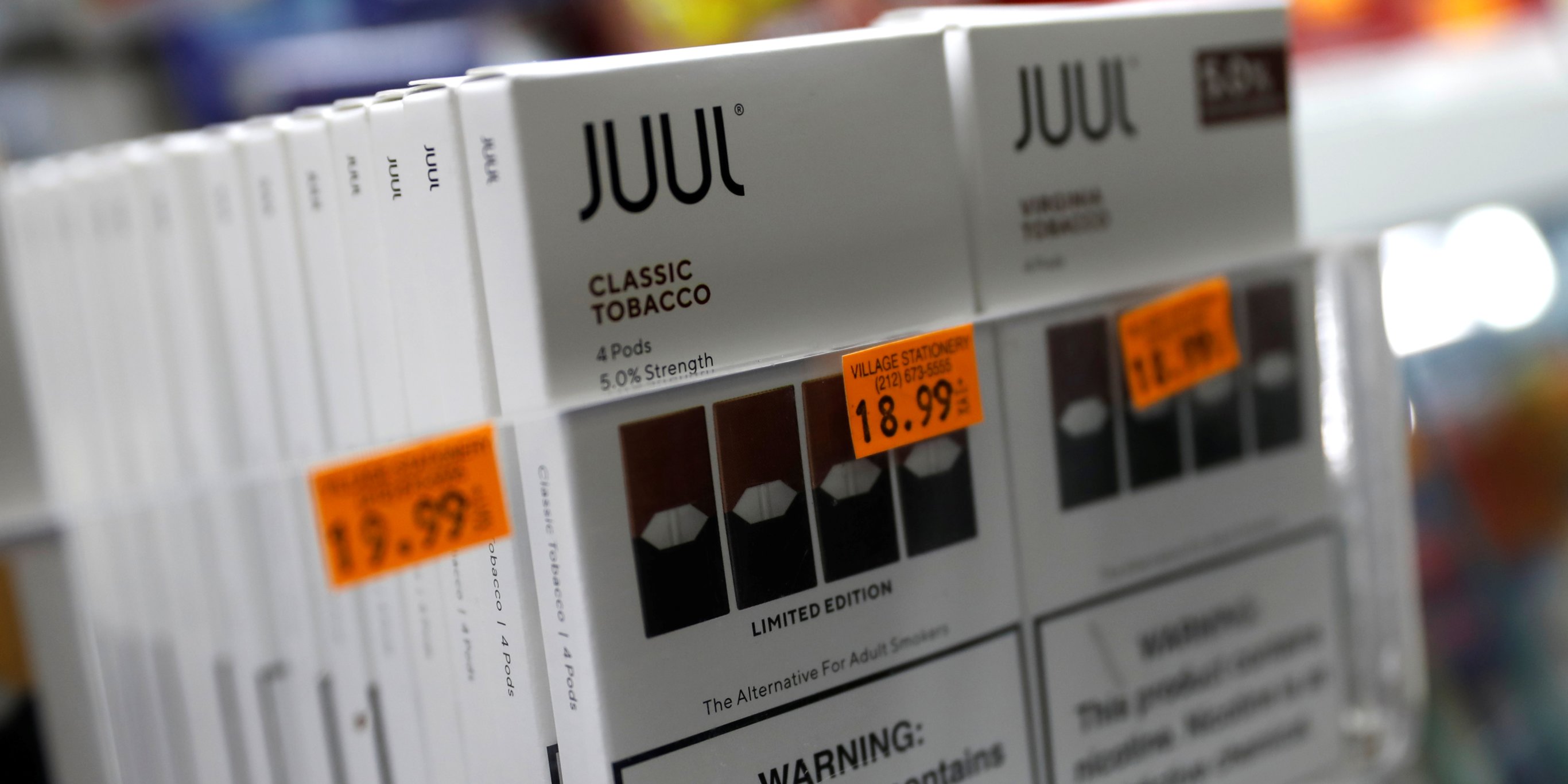 Altria Group shares fell as much as 5% Thursday after The Wall Street Journal reported the Federal Trade Commission is investigating Juul Labs for deceptive marketing.

FTC investigators are looking into whether Juul’s advertising campaigns targeted minors by using young people and attractive flavors. The commission is also deciding whether to seek damages against Juul, WSJ reported.

Altria purchased a 35% stake in Juul for $12.8 billion in December. The cigarette maker’s acquisition valued Juul at about $38 billion. The FTC began its investigation before the December acquisition, according to the report.

Juul has been scrutinized for ads that tout flavors like “Cappuccino” and “Mango.” It also ran ads in 2015 that showed images of people in their 20s and 30s using the device as trendy accessory.

The Food and Drug Administration and some state attorneys general are already investigating Juul’s ads. The FDA held an unscheduled inspection of Juul’s headquarters in October to seize documents related to its marketing practices.

Juul has previously said its products are intended for adults who have already smoked cigarettes, and that it never marketed to young consumers. Juul CEO Kevin Burns told nonsmokers not to use the company’s products in a “CBS This Morning” interview aired Thursday. It’s “true” the long-term health effects of vaping are unknown, he added.

“Don’t start using nicotine if you don’t have a preexisting relationship with nicotine,” he said. “Don’t use the product,” Burns said. “You’re not our target consumer.”

Altria shares continued to fall later Thursday after Bloomberg reported an FDA investigation into whether vaping causes seizures was initiated by reports from individuals who used Juul devices. Three reports named Juul, though the agency was unable to verify if the devices were truly from the company or if the name was simply used as a stand-in for a different vape product.

“No proof of causality, but at a minimum, an association with Juul,” Mitch Zeller, the FDA’s Center for Tobacco Products director Mitch Zeller, said in an October email.

Markets Insider is looking for a panel of millennial investors. If you’re active in the markets, CLICK HERE to sign up.

Teen vaping has grown 78% from 2017 to 2018, according to federal data. Photos of young people using Juul’s e-cigarette product flooded social media platforms after sales skyrocketed in 2017, according to WSJ.

The news comes after Philip Morris International confirmed reports Tuesday it was discussing a potential all-stock merger with Altria. The deal would reunite the two tobacco giants after they split more than a decade ago. The combined company would be worth more than $200 billion.

The company has 10 “buy” ratings, six “hold” ratings, and two “sell” ratings from analysts, with a consensus price target of $56.63, according to Bloomberg data.

‘Big Short’ investor Michael Burry is calling passive investment a ‘bubble.’ He’s not the only finance luminary sounding the alarm.

‘The whole world decided to just be stupid’: A hedge-fund manager explains why the IPO bubble he sees in WeWork, Peloton, and Chewy could soon face a reckoning