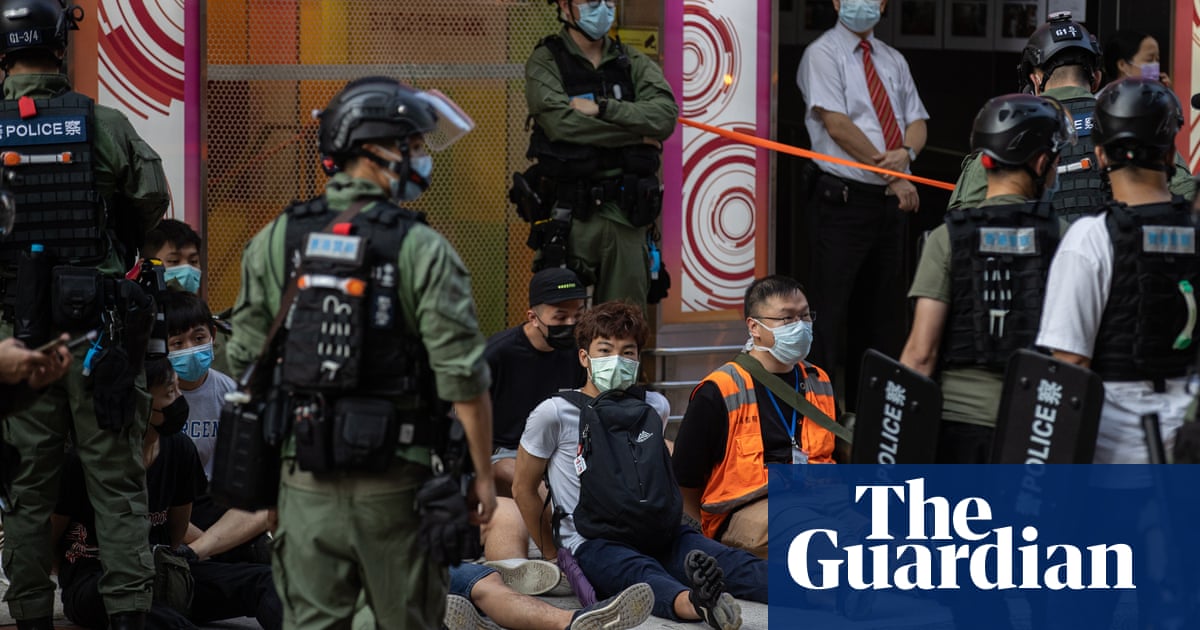 On what was supposed to have been Hong Kong’s election day, hundreds of pro-democracy protesters took to the streets on Sunday, where they encountered a heavy presence from police, who fired pepper pellets and arrested almost 300 people.

It was one of the largest gatherings of protesters since China’s implementation of a sweeping set of anti-sedition laws that a coalition of United Nations expert groups has said risks breaching multiple international laws and human rights.

In July the Hong Kong government announced it was postponing the legislative council election for one year because of the dangers posed by a new outbreak of the coronavirus in the city. However, the decision was derided by pro-democracy figures and opposition politicians, who accused the government of using the pandemic to delay an election it could potentially lose.

The decision came amid a continuing crackdown on dissent, including mass arrests of pro-democracy figures, police raids on newsrooms and a chilling effect on educators, the media, academics and politicians.

On Sunday, hundreds rallied against the crackdown and the delay of their democratic vote, gathering initially in Yau Ma Tei and Mong Kok. Many protesters also called for the release of 12 people arrested by Chinese coastguards while attempting to flee by boat to Taiwan.

In response to the crowds, which included a large media contingent, police fired pepper pellets and raised warning flags. Several journalists reported being targeted by police and detained or ordered home under threat of arrest, even if they had press accreditation. Video shared on social media showed plainclothes officers dragging a man along the ground.

By 9pm more than 290 people had been arrested including 270 suspected of unlawful assembly, five of misconduct in a public place and five for failing to produce valid identification, the Hong Kong police force said.

Police had said earlier that one woman was arrested under the new national security law for broadcasting slogans “promoting Hong Kong independence”, but this was not included in later statements.

The Facebook page of Figo Chan, the vice-convenor of the Civil Human Rights Front activist group, said Chan, Raphael Wong Ho-ming and the former legislator Leung Kwok-hung were among those arrested.

After a video was widely shared on social media showing a group of police officers tackling and then pinning to the ground a school-aged girl, the force released a statement expressing concern “about the participation of underage girls in prohibited groups”.

It said police had stopped and searched some people who refused to leave, including a 12-year-old girl, who then fled “suspiciously”. She was charged with violating pandemic measures against gatherings.

Police also alleged protesters had thrown umbrellas, bottles and hard objects at officers, and scattered rubbish across roads, and earlier alleged that a large group of people chanting independence slogans at a shopping mall were breaching the national security law. They did not say anyone had been arrested. Police had said 2,000 officers as well as water cannon vehicles would be on standby.