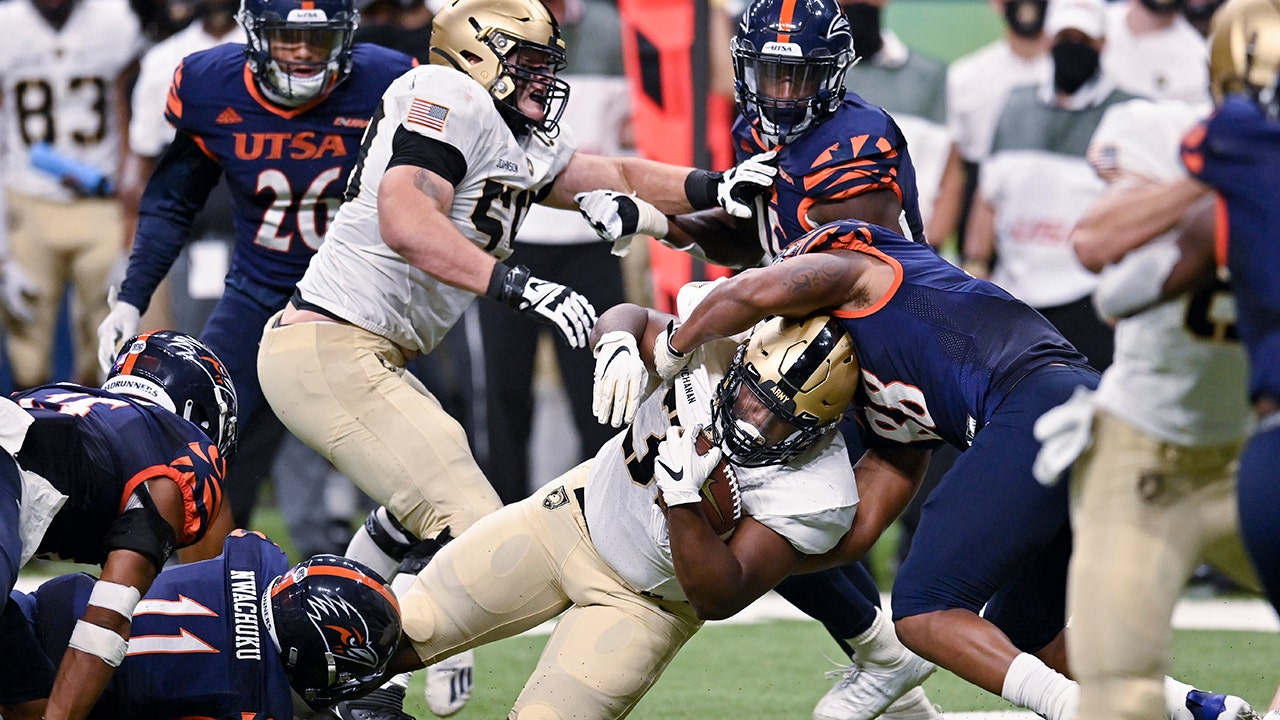 Anthony Adkins had a career-best 66-yard touchdown run and finished with 101 yards to lead Army to a 28-16 victory over UTSA on Saturday.

Adkins had just eight carries and scored in the first quarter. Army (5-1) then added a touchdown run per quarter each from Jakobi Buchanan, Tyhier Tyler, and freshman quarterback Cade Ballard.

Tyler led the Black Knights with 19 carries and had 95 yards rushing. Tyler’s 37-yard touchdown run late in the third quarter stretched the lead to 21-10. Buchanan had 10 carries for 40 yards and a 5-yard score. Ballard carried the ball three times and had his first career touchdown run, a 5-yarder in the fourth.

Sincere McCormick had 133 yards rushing for UTSA (3-3). Hunter Duplessis stretched his nation-leading field-goal streak to 21 with a career-best 50-yarder, but had extra-point attempt blocked.

Frank Harris threw his first pass of the game, an 11-yard TD to Zakhari Franklin in the corner of the end zone, to pull the Roadrunners to 21-16.

Attendance was capped at 17% capacity with physical distancing measures in place at the 78,203-seat Alamodome.

Winter Storm Watch issued October 24 at 2:45AM MDT until October...

Winter Storm Watch issued October 24 at 2:34AM MDT until October...

Jacksonville Jaguars closing their facility after a positive COVID-19 test –...