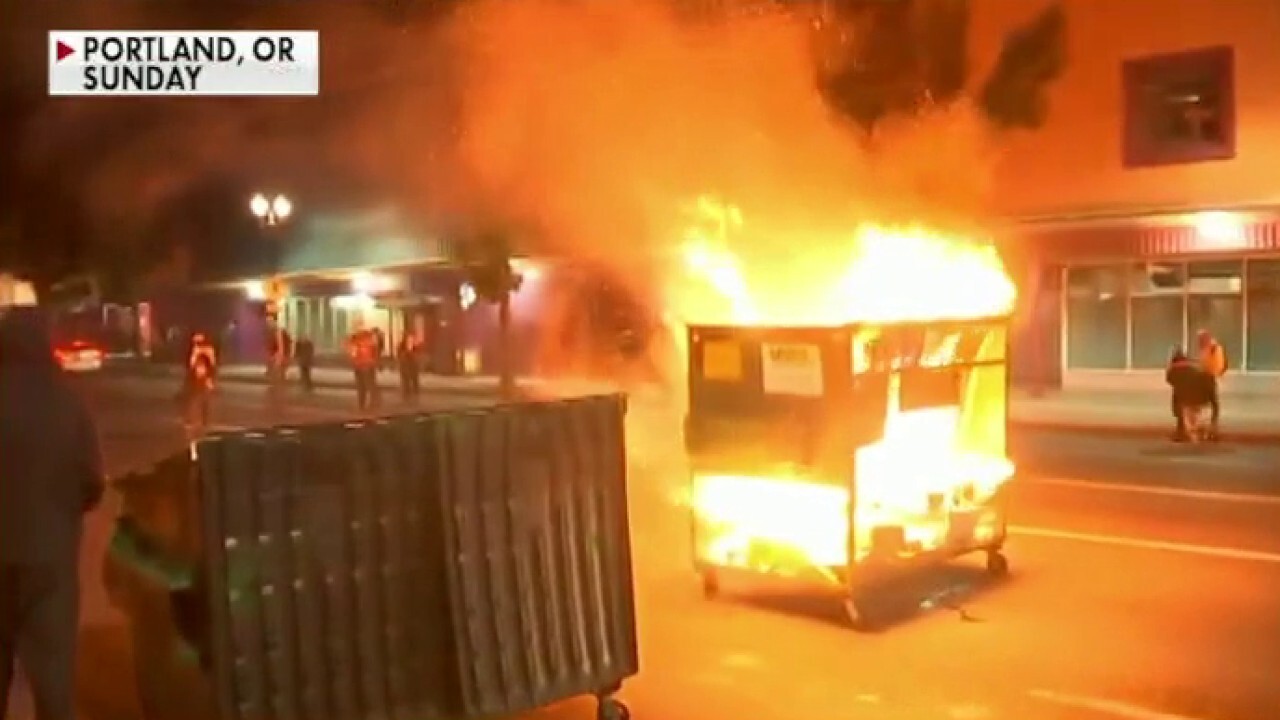 Acting Department of Homeland Security Secretary Chad Wolf blamed local officials in Portland, Ore., for the violence and vandalism in the city amid the nightly protests following the death of George Floyd earlier this year.

Wolf, who was speaking on ABC’s “This Week,” said that the federal government is willing to come to the aid of officials in Oregon if the mayor of Portland and the governor of Oregon request help in quelling the unrest.

The comments from Wolf come less than 24 hours after one person was shot and killed late Saturday night as a large caravan of President Trump supporters and Black Lives Matter protesters clashed in the streets.

“I think this points to a larger issue that we’ve seen in Portland for the last three months, and that is that local and state officials are not allowing law enforcement to do their job,” Wolf said of the shooting. “And so what you see is what has continued to unfold over the course of three months. You’re going to continue to see violent activity. And we’ve asked the governor, we’ve asked the mayor to step in. They don’t have the resources.”

PORTLAND MAYOR SENDS OPEN LETTER TO TRUMP: ‘NO THANKS’

Wolf added that “all options continue to be on the table” when asked if the Trump administration is considering sending in additional federal law enforcement to Portland following the shooting.

It wasn’t clear if Saturday night’s shooting was linked to fights that broke out as a caravan of about 600 vehicles was confronted by counter-demonstrators in the city’s downtown.

Police said the caravan had left the area around 8:30 p.m., and officers heard gunshots at about 8:46 p.m., according to a statement. Officers arrived at the shooting scene “within a minute,” police said, but the man who was shot did not survive.

An Associated Press freelance photographer heard three gunshots and then observed police medics working on the body of the victim, who appeared to be a white man. The freelancer said the man was wearing a hat bearing the insignia of Patriot Prayer, a right-wing group whose members have frequently clashed with left-wing protesters in Portland in the past.

Police said the man was shot in the chest. He was not immediately identified. It’s unclear who shot him. Homicide detectives were looking for more evidence, acknowledging that several images and videos had been posted on social media.

“It is important for detectives get a full and accurate picture of what happened before, during, and after the shooting,” a police statement said. “If anyone was a witness, has video, or has information about the homicide, they’re asked to contact the primary detectives.”

“This violence is completely unacceptable and we are working diligently to find and apprehend the individual or individuals responsible,” Chief Chuck Lovell said.

Portland has been the site of nightly protests for more than three months since the death of George Floyd while in police custody in Minneapolis. Many of them end in vandalism and violence, and hundreds of demonstrators have been arrested by local and federal law enforcement since late May.

In the two hours following the shooting, protesters gathered downtown and there was sporadic fighting and vandalism, police stated. Some gave speeches in Lownsdale Square Park before the protest petered out. Ten people were arrested, police said.