Taipei-based newspaper Economic Daily News claimed on Tuesday that the new Switch would enter production later this year, with a launch planned for Q1 2021.

According to the publication, the new Switch model will feature upgraded “interactivity” and improved display quality.

Over the past year, several media reports have claimed that Nintendo has been planning a third Switch model, in addition to the flagship console and the Switch Lite. 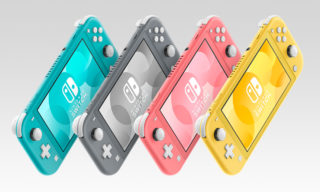 A report claims Nintendo is planning a new Switch.

Citing sources from the related supply chain, Taiwanese website DigiTimes reported in January that new Switch hardware would enter mass production in the first quarter of this year and launch soon after.

According to an engineer, the console’s Ver. 10.0.0 firmware refers to a new “nx-abcd” hardware model. The software already references codenames for the launch model Switch, Switch Lite, and the 2019 update featuring improved battery life.

Any existing hardware plans will likely have been significantly disrupted by the COVID-19 pandemic. Nintendo resumed shipping Switch consoles in Japan in April after a brief hiatus, following a surge in demand for the hardware that has continued through the summer.

In the three months ending June 30, Nintendo Switch hardware cleared 5.5m units sold for the quarter, which represents a year-on-year sales increase of more than 160%.

Analysts have suggested that Nintendo Switch may have a longer than expected life cycle during which it surpasses Wii’s sales total of 102.63 million units. Switch launched in March 2017 and has sold some 61 million units as of June 30, 2020. 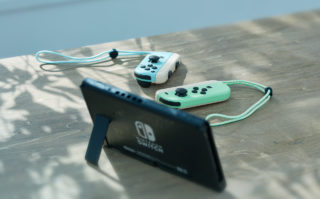 Earlier this year, Japan-based Kantan Games analyst Dr. Serkan Toto predicted in a GI.biz article that an upgraded ‘Switch Pro’ would launch in the near future.

“There is absolutely no doubt in my mind,” he said, adding that his guess was that the console would cost around $399.

In January Nintendo claimed it had no plans to launch a new Nintendo Switch model during 2020.

How the season finished, what’s next for eliminated playoff teams