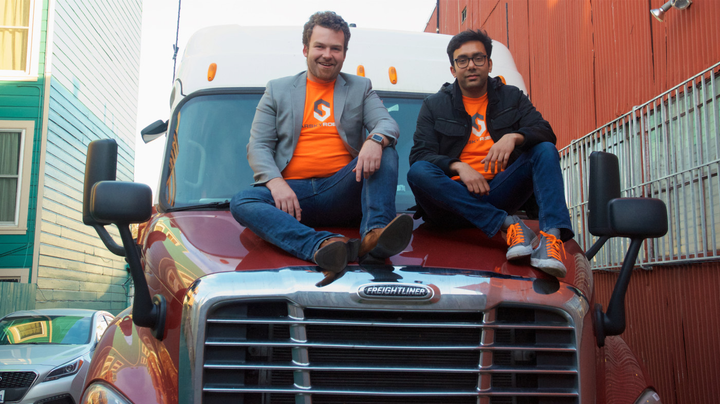 In late August, autonomous truck developer Starsky Robotics introduced a new freight API called Hutch – essentially an automated/digitized freight dispatch system. If you’re thinking of the Uber Freight, then you’re close: Just take a human out of the mix and understand that the automated truck is the entity locating freight and contracting to haul it, and you’ve got it.

It’s yet another revolutionary concept coming forward in an industry that suddenly finds itself awash in revolutionary ideas that HDT reached out to Starsky co-founder and CEO Stephan Seltz-Axmacher to get more details on Hutch, how it works and how it could transform trucking as we know it.

It is worth noting that Starsky is hardly the first tech start-up to be working on both autonomous vehicle control systems and automated freight dispatch systems. Uber, of course, was working on similar a two-pronged development path, as is TuSimple.

So while the computer systems that can drive a car or truck down the road without any human intervention get all the headlines, it seems there’s something larger going on. And that’s a concept that Seltz-Axmacher confirmed to me when he said, “Most trucking companies typically have five people involved in dispatching each load to each truck every day. If Uber were run like that, they would need 2.5 million dispatchers as opposed to their 22,000 employees in total. As a tech company, this sort of inefficiency is offensive. We should not have five human beings telling an autonomous truck where to go. This is not the way it should operate. We want to make all of our processes as efficient as possible…”

To translate: Autonomous truck and digitized freight developers aren’t merely inventing new products. They’re looking at utterly transforming the way the trucking industry operates on a fundamental level. And it’s important for fleet executives to understand this point: They are talking about a transformation which will leave NOTHING the same in its wake.

As I’ve said many times in the past, visionaries like Seltz-Axmacher look upon today’s trucking industry as a vital economic industry that is woefully outdated and inefficient. And their vision for a new, intensely modern, industry will transform virtually any job you can name in trucking company operating today.

You might find the idea of robot trucks relentlessly combing the countryside for freight to deliver, stopping only for fuel and maintenance unnerving. But you have to admit the concept sounds pretty damn efficient. And that’s exactly the kind of future people like Seltz-Axmacher are aiming for, using technology as the springboard to make it all happen.

This is not to suggest that everything the Seltz-Axmachers of the world envision will come to pass. And I’m certainly not suggesting these changes are going to happen without serious learning curves, missteps or overnight. But the point is that even if only a fraction of the changes these tech visionaries want to bring to trucking actually occur, then we are left looking at business models and practices that will be so radically transformed from the driver’s seat, to the front office, to the conference rooms to the maintenance shop.

And I’m not pointing all of this out to be sensationalist or cause alarm. I’m pointing it out because when these changes occur (notice I didn’t say if these changes occur) the companies and people who are either unable or unwilling to recognize the depth of change coming their way are going to be ruthlessly cast aside in the technology rush of the very near future.

The good news is that there is still ample time to prepare for this technology tidal wave coming our way. Stay informed. Start talking to your employees about the future and preparing them for what’s coming. Best yet, find some new piece of technology that seems appealing and accessible and give it a try. Assign a team charged with assessing the new tech and (assuming it passes muster) implementing it.

You don’t have to do a lot now. But even baby steps now will be invaluable later, when the real tech wave hits.

As a licensed commercial driver, HDT senior editor Jack Roberts often reports on ground-breaking technical developments and trends in an industry being transformed by technology. With more than two decades covering trucking, in Truck Tech he offers his insights on everything from the latest equipment, systems and components, to telematics and autonomous vehicle technologies.

As a licensed commercial driver, HDT senior editor Jack Roberts often reports on ground-breaking technical developments and trends in an industry being transformed by technology. With more than two decades covering trucking, in Truck Tech he offers his insights on everything from the latest equipment, systems and components, to telematics and autonomous vehicle technologies.