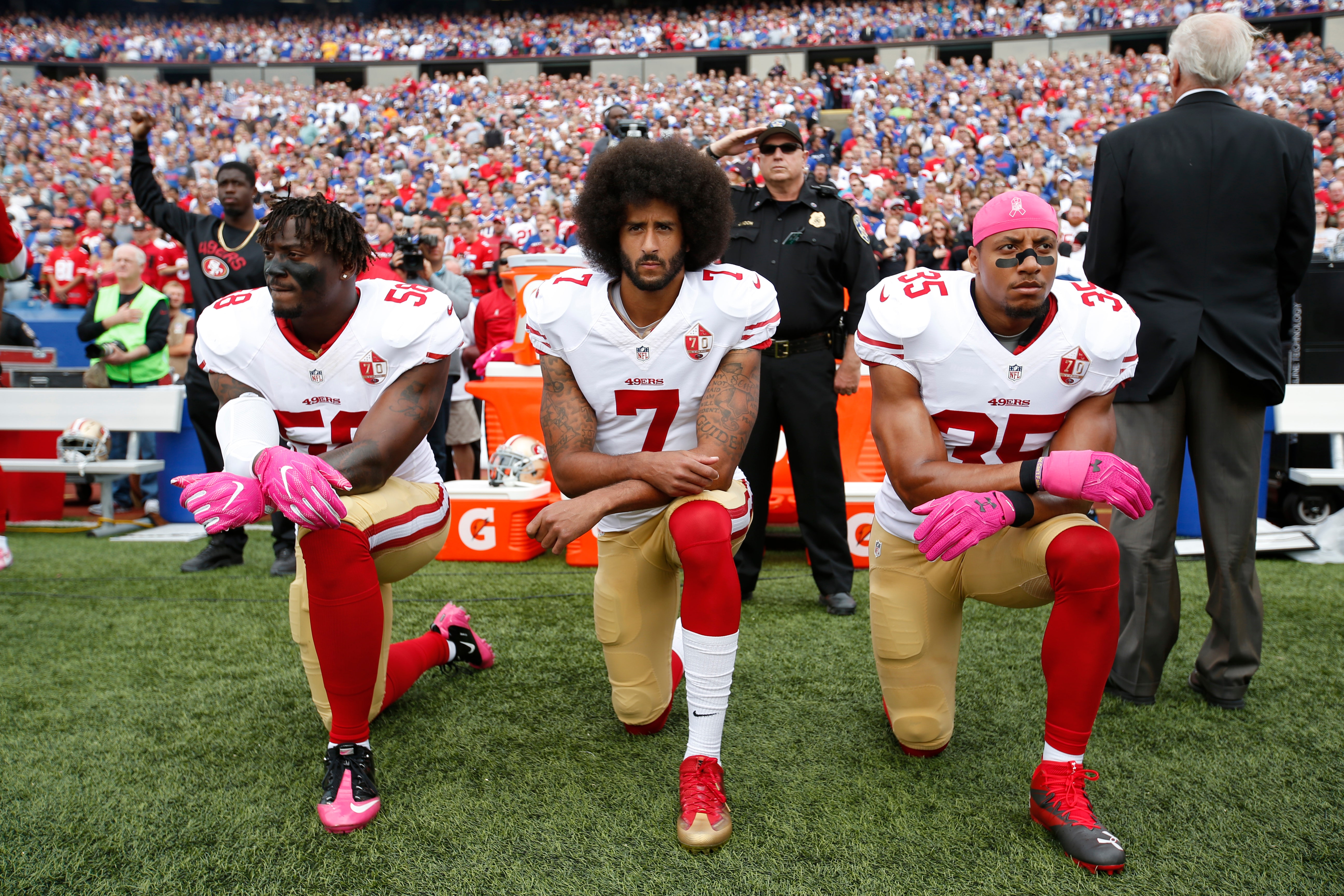 Days after Drew Brees said he won’t ever agree with anyone kneeling during the national anthem, San Francisco 49ers head coach Kyle Shanahan expressed concern that Colin Kaepernick’s message about social injustice and police brutality is still being mischaracterized nearly four years after he first took a knee.

While not specifically naming the New Orleans Saints quarterback, Shanahan told reporters Thursday that he believes the message was lost amid the controversy.

“I think the biggest thing that is so hard with the Colin thing is people misunderstanding what he was doing,” Shanahan said, according to ESPN.

“And I think that’s why the reactions have been hard the last couple of days over things that people are still confused [about]. Regardless of whether you agree with how he did it or not, that doesn’t matter. What Colin was protesting was something that should be respected by all humans. That did take a lot of courage. That is something that is 1,000 percent wrong and what he was trying to fix and bring light to. And gosh it was hard to bring light to the whole country because people didn’t want to totally hear it and it got diluted with so much different stuff.”

FORMER OAKLAND A’S BRUCE MAXWELL CALLS OUT MLB FOR A LATE RESPONSE TO GEORGE FLOYD’S DEATH: ‘IT DOESN’T SHOCK ME’

He continued: “So, the debate on all the other stuff, the flag, everything, like people don’t want to hear that. What he was doing was a big deal and whether you disagree with how he did it or not doesn’t matter.”

Kaepernick first protested during the national anthem at the start of the 2016 preseason. Shanahan came on as head coach in 2017 and the organization informed Kaepernick that the 49ers intended to release him even if he exercised his option.