The 2020 U.S. Open is set to tee off Thursday at the Winged Foot West course in Mamaroneck, N.Y. The competition is typically scheduled for mid-June, but due to the coronavirus pandemic, the United States Golf Association had to push it back to mid-September.

Gary Woodland is the reigning U.S. Open champion, having won his first and only major title last year at Pebble Beach. He is currently ranked 26th in the world and is at 60-1 odds to reclaim his crown. World No. 1 and FedEx Cup champion Dustin Johnson enters Thursday’s play at 17-2 in the latest 2020 U.S. Open odds.

Here are the last five winners of the U.S. Open tournament. 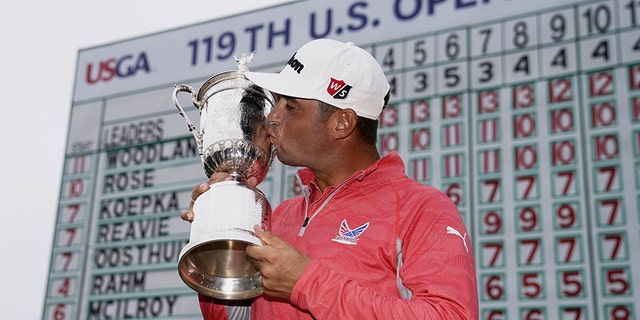 Gary Woodland won the 2019 U.S. Open by three strokes over world number one Brooks Koepka. Woodland had a 72-hole winning score, which was 13-under-par 271, and it was the lowest score relative to par since 2011 and it included an impressive stretch of 34 straight holes without a bogey. 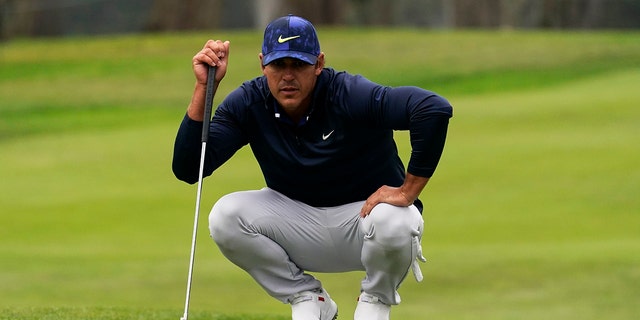 Brooks Koepka lines up a putt on the 13th hole during the third round of the PGA Championship golf tournament at TPC Harding Park, Aug. 8, 2020, in San Francisco. (Associated Press)

At Shinnecock Hills Golf Club in Shinnecock Hills, N.Y., defending champion Brooks Koepka shot a final round 68 for 281 (+1) to win his second straight U.S. Open, one stroke ahead of runner-up Tommy Fleetwood. Koepka was only the third golfer to defend his title since World War II, following Ben Hogan in 1951 and Curtis Strange in 1989. 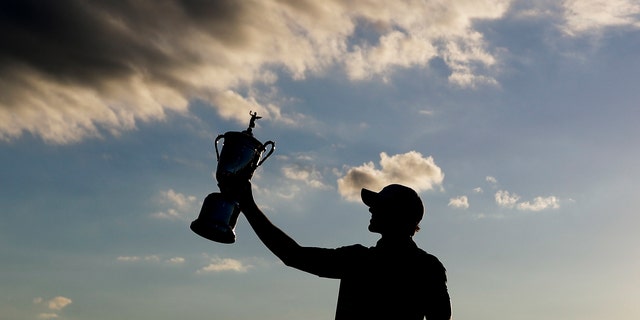 Brooks Koepka won his first major title at the 2017 U.S. Open. He shot a 16-under-par 272, which was four strokes ahead of runners-up Brian Harman and Hideki Matsuyama. Koepka’s score was tied for the lowest ever at the championship, which was set in 2011 by Rory McIlroy. 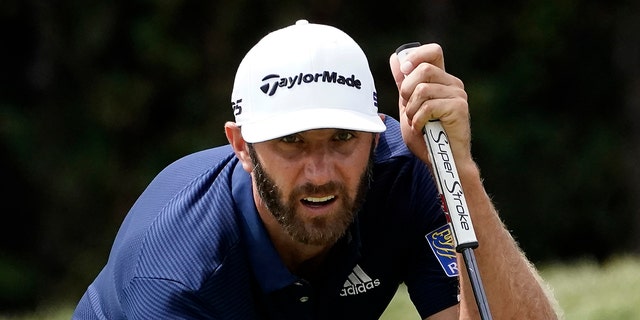 Dustin Johnson lines his putt on the first green during the final round of the BMW Championship golf tournament at the Olympia Fields Country Club in Olympia Fields, Ill., Aug. 30, 2020. (Associated Press)

Dustin Johnson claimed his first major in 2016 at the U.S. Open at the Oakmont Country Club in Pennsylvania. Johnson shot a 69, which was three shots ahead of three runners-up. 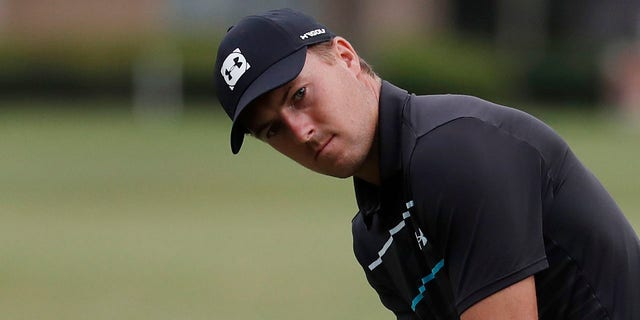 Jordan Spieth putts on the 10th green during the first round of the RBC Heritage golf tournament, June 18, 2020, in Hilton Head Island, S.C. (Associated Press)

At Chambers Bay in Washington, Jordan Spieth won his first U.S. Open and consecutive major titles (he won the Masters earlier that year), one stroke ahead of runners-up Dustin Johnson and Louis Oosthuizen. At 21 years old, Spieth became the youngest U.S. Open champion since Bobby Jones won it in 1923.