The 2020 Tony Award nominees were announced on Thursday, giving Broadway fans their first real dose of normalcy since the coronavirus pandemic shut down the theater industry until at least mid 2021.

The sobering musical “Jagged Little Pill,” which plumbs Alanis Morissette’s 1995 breakthrough album to tell a story of an American family spiraling out of control, earned a leading 15 Tony Award nominations, including best musical alongside “Moulin Rouge! The Musical” and “Tina – The Tina Turner Musical.”

“Moulin Rouge!” a jukebox adaptation of Baz Luhrmann’s 2001 movie about a turn-of-the-century Parisian nightclub, is nipping at “Jagged Little Pill’s” nomination heels with a total of 14 nods.

“The Inheritance” by Matthew Lopez, meanwhile, nabbed 11 nominations. It’s a two-part, seven-hour epic that uses “Howards End” as a starting point for a play that looks at gay life in the early 21st century. 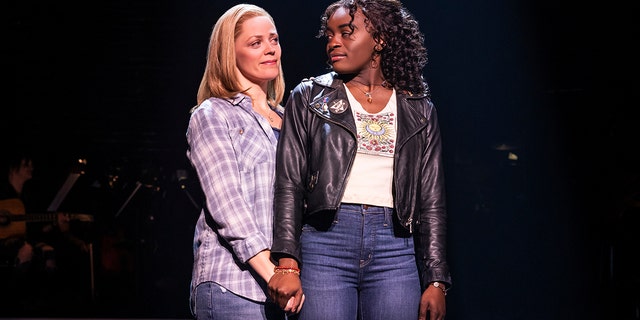 This image released by Vivacity Media Group shows Elizabeth Stanley, left, and Celia Rose Gooding during a performance of “Jagged Little Pill.” The musical leads the Tony Awards nominations with 15 nods in a pandemic-shortened season. (Matthew Murphy/Vivacity Media Group via A)

The nominations were pulled from just 18 eligible plays and musicals, a fraction of the 34 shows the season before. During most years, there are 26 competitive categories; this year there are 25 with several depleted ones.

In another sign of a strange season, the best score category — an honor for the music and lyrics that is usually dominated by musicals — is filled this year with five plays.

Broadway theaters abruptly closed on March 12, knocking out all shows — including 16 that were still scheduled to open in the spring. The cutoff for eligibility for all shows was set at Feb. 19.

The 2020 Tony Awards ceremony will be broadcast digitally and take place later this year, at a date still to be announced. It’s one of few bright spots for theater fans — Broadway will be shut down until at least May 30.

To help theater fans support their favorite show on the big night, below are the nominees for the 2020 Tony Awards:

Best Revival of a Play

Best Book of a Musical

Best Original Score (Music and/or Lyrics) Written for the Theatre 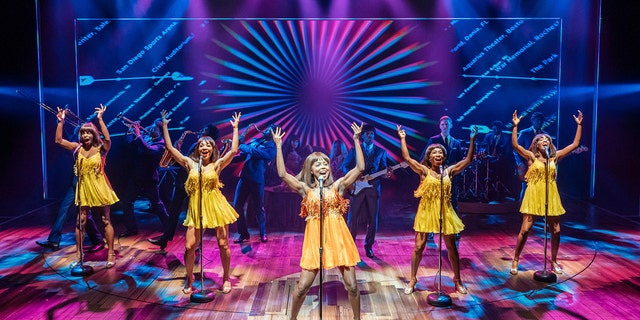 This image released by Polk &amp; Co. shows Adrienne Warren, center, during a performance of “Tina: The Tina Turner Musical.” Nominations for Tony Awards will be announced Thursday with just 18 eligible plays and musicals making the cut, a fraction of the 34 shows the season before. (Manuel Harlan/Polk & Co. via AP)

Best Scenic Design of a Play

Best Scenic Design of a Musical

Best Costume Design of a Play

Best Costume Design of a Musical

Best Lighting Design of a Play 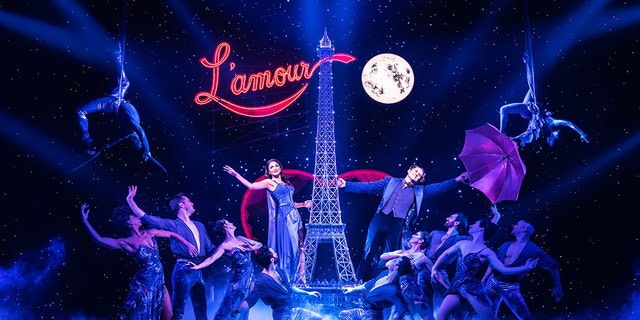 This image released by Boneau/Bryan-Brown shows Aaron Tveit, center right, and Karen Olivo, center left, during a performance of the musical “Moulin Rouge!” Nominations for Tony Awards will be announced Thursday with just 18 eligible plays and musicals making the cut, a fraction of the 34 shows the season before. (Matthew Murphy/Boneau/Bryan-Brown via AP)

Best Sound Design of a Play

Best Sound Design of a Musical

Best Direction of a Play

Best Direction of a Musical