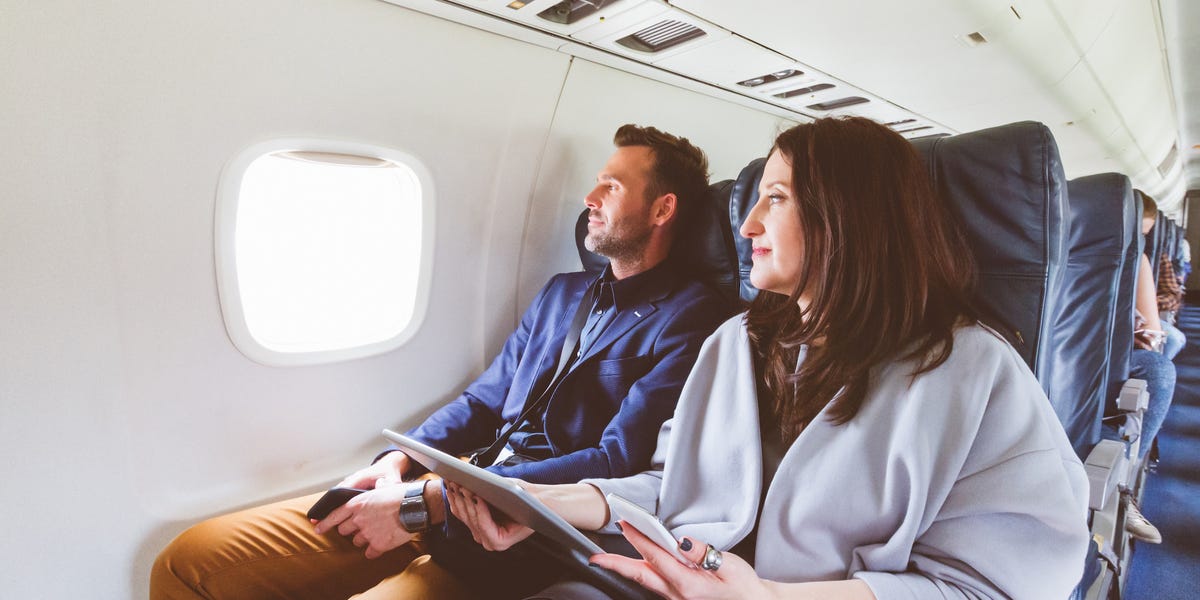 Airline credit cards tout many flashy perks in order to entice new customers and maintain existing ones. These can include high sign-up bonuses worth tens of thousands miles and benefits like free checked bags and priority boarding. However, one of the most underrated airline credit card benefits might just be a companion ticket.

There are several reasons why companion tickets are a lesser-known benefit. First, only a handful of airline credit cards actually offer them, which means consumers might not even be aware they exist. Second, the terms and conditions of use for companion tickets can vary considerably from one card to another — even those issued by the same bank for the same airline.

While the limitations and restrictions on companion tickets might keep some cardholders from maximizing their full potential, they can be a good deal if you have a plan to maximize them and if you’re aware of the fine print.

The different kinds of companion ticket deals currently offered by various credit cards fall into several broad categories, which we will get into below along with some of the best cards offering each type of benefit. Just remember that no matter what companion ticket perk you have a shot at, you’ll likely be on the hook for taxes and fees in some amount, so be sure to budget for that.

Keep in mind that we’re focusing on the rewards and perks that make these credit cards great options, not things like interest rates and late fees, which will far outweigh the value of any points or miles. It’s important to practice financial discipline when using credit cards by paying your balances in full each month, making payments on time, and only spending what you can afford to pay back.

One of the most typical kinds of companion deals available are those offered either as part of a sign-up bonus package, as an ongoing annual benefit, or both.

The best known (and most promoted) of these is probably the companion fare on the Alaska Airlines Visa Signature® credit card.

The Alaska Visa card is currently offering a sign-up bonus of 40,000 miles plus a $121 companion fare (it’s $99 plus taxes of about $22) after new cardholders spend $2,000 within the first 90 days from account opening. Then, every year you continue to carry the card and pay its $75 annual fee, you’ll be eligible for another companion fare.

Now for the small print. The Alaska companion fare certificate must be redeemed within 12 months of issue, though travel can take place after that. It’s only valid for travel in economy, though the ticket might be upgrade-eligible and both the primary traveler and companion will earn mileage for the flights. Both travelers must be on the same reservation and same flights, and the cardholder must pay for the tickets using his or her card. Overall, this benefit is one of the easiest to understand and use.

Similarly, the Hawaiian Airlines card is offering a companion ticket as part of its sign-up package. New cardmembers who spend $2,000 on purchases in the first 90 days earn not only 60,000 bonus HawaiianMiles, but also receive a one-time companion discount.

This discount is good for 50% off round-trip coach travel between Hawaii and the mainland US on Hawaiian Airlines and is valid up to 13 months from account opening. It does not include taxes and fees. This card also has a lesser ongoing benefit: an annual discount of $100 off one round-trip coach ticket between Hawaii and the Mainland valid up to 12 months from date of issue. That offsets the card’s $99 annual fee handily.

The Hawaiian Airlines Business Mastercard is also currently offering an identical 50%-off companion discount as part of its sign-up bonus, along with up to 70,000 miles – 60,000 after spending $1,000 in the first 90 days, and an additional 10,000 when a purchase is made with an employee card.

The certificate is redeemable for one domestic, round-trip economy ticket on American Airlines-operated and marketed flights within the 48 contiguous United States (or to/from them for residents of Alaska and Hawaii). In order to earn this benefit in subsequent years, you need to spend $20,000 or more on purchases in an account (not calendar) year. The Aviator Red card has a $99 annual fee.

Finally, the CitiBusiness / AAdvantage World Mastercard rewards members with a $99 (plus taxes) companion certificate when they spend $30,000 or more on purchases each account year and then renew their card and pay the $99 annual fee. It’s valid for one year from the date of issue and can be redeemed toward travel in the main cabin within the 48 contiguous United States (or to/from Alaska and Hawaii for residents of those states) on American-operated and marketed flights.

Although a discounted companion ticket on which you still have to pay taxes and fees might not sound like a great deal, if you are able to put it to use on a ticket that costs hundreds of dollars, you still end up with major savings. Note that this card has a $99 annual fee that’s waived the first year.

Click here to learn more about the CitiBusiness/ AAdvantage card »

The Delta Reserve’s major cardholder benefit is access to Delta Sky Clubs when you’re traveling on Delta-marketed or operated flights (and Centurion Lounge access starting January 30, 2020). However, some cardmembers might be able to squeeze even more value from a companion certificate good for one round-trip itinerary within the 48 contiguous United States (or to/from them for folks in Alaska, Hawaii, Puerto Rico and the US Virgin Islands) in the main cabin, Delta Comfort+ or first class.

The cardholder is only responsible for taxes and fees of up to $75 on the second ticket. You could end up saving thousands of dollars by putting it to use on an expensive first-class itinerary. At least, you should try to do so considering the card’s $450 annual fee (going up to $550 in January).

Click here to learn more about the Delta Reserve card »

The Platinum Delta SkyMiles card’s annual companion certificate is pretty much the same. Given the card’s lower annual fee is $195 ($250 starting on January 30, 2020) it’s only valid for tickets in the main cabin (economy) purchased in the L, U, T ,X, or V classes of service (no basic economy “E” fares). Only the primary traveler will accrue miles with either card’s benefit.

Certain credit cards offer companion tickets for hitting a spending threshold either in a calendar or cardmember year.

The Citi / AAdvantage Platinum card recently began offering a $125 American Airlines flight discount certificate for cardholders who spend $20,000 or more during an account year and also renew their card (and pay the $99 annual fee).

As mentioned above, the AAdvantage Aviator Red card offers cardholders a $99 (plus taxes and fees) companion ticket every account year when they spend $20,000 or more on purchases.

Its more premium counterpart, the AAdvantage Aviator Silver World Elite Mastercard, gives cardholders two of these for hitting the same spending threshold. The terms and conditions of use (round-trip domestic economy flights on American Airlines itself) are the same as when using certificates earned with the AAdvantage Aviator Red outlined above.

The Silver version’s annual fee is $149 per year versus the Red’s $99, and it is not open to new applicants, though you can upgrade to it from the Red card.

The final type of companion travel benefit is for award flights rather than paid seats. The two notable contenders in this category are the British Airways Visa Signature® Card and the Virgin Atlantic World Elite Mastercard®.

Every calendar year you spend $30,000 or more on purchases on this card, you’ll be rewarded with a “Travel Together” ticket. You can only earn one of these vouchers within any 12-month period, and it’s valid for 24 months from the date of issue.

The Travel Together ticket is basically a two-for-one award deal for round-trip travel on British Airways originating in the United States, and it can be applied to any class of service. The cardholder and their companion must be traveling on the same reservation, on the same flights, and in the same cabin class. You might be hard-pressed to find two awards on the same flights to which you can apply your voucher.

What’s more, the Travel Together ticket means you only need the Avios for one ticket in order to book two tickets, but you’re still responsible for the taxes and fees on both, which can be thousands of dollars in premium cabins.

The Virgin Atlantic companion award is even more complicated. Cardholders who spend $25,000 in an account year receive a choice of rewards. Either must be redeemed within two years of issue. They can opt for a one-cabin upgrade for the primary cardholder when flying on an award flight on Virgin. Or, they can choose a matching companion award in the same cabin class when the primary cardholder redeems miles for their own ticket.

There are further restrictions on cabin eligibility. Basic Flying Club Red members can only redeem miles for economy. Those with Silver status can redeem for economy or premium economy. In order to fly Upper Class with a companion, you’ve got to have Gold status. As you might expect, you’ll also be responsible for paying the taxes and fees on both tickets, which can be hundreds of dollars.

Southwest’s storied Companion Pass is the stuff of frequent-flyer fantasy. Earning one basically entitles you to free travel for a companion on both paid and award tickets during the calendar year in which you earn it and the following one.

So if you the bonuses and some strategic spending, you could find yourself with a two-for-one pass for at least a year.

Companion tickets offered by airline credit cards are amazing benefits that can save you hundreds or even thousands of dollars each year…if you know how to maximize them. As with any credit card benefit, you should look at your travel habits and strategies to make sure you’ll actually put the perk to use and that it suits your needs.

Click here to learn more about the Southwest Priority card »